What Are the Different Types of Bacon That Exists Today?

Have you heard of pocket bacon?

Pocket bacon is the preferred go-to treat for skiers! It keeps them fueled while flying down the slopes.

To make your own pocket bacon, cut a thick slice of bacon into 1-in squares. Double wrap the bacon squares in aluminum foil to keep them warm. The aluminum foil will also keep the bacon grease off your clothes.

Pack extra! Once your friends and family catch on, they’re definitely going to want to bite of your pocket bacon.

What other types of bacon should you know about? Read on to find out.

Have you ever tried pancetta? It’s basically an unsmoked Italian version of bacon. It’s widely used in Italian cooking, and it makes for delicious cuisine.

Chefs tend to cook pancetta into cubes when cooking it. However, the meat can also be sliced thin and eaten raw.

There are two basic types of pancetta. There’s the flat and rolled kind. The rolled kind is usually cut into thin slices and eaten raw or added to a sandwich.

The flat type is usually chopped up and added to different ingredients. Flat pancetta can also be cut into strips, grilled, and eaten like traditional bacon.

Want to make your own bacon? Maintaining the perfect temperatures while smoking homemade bacon is how you’ll avoid botulism.

Food-borne botulism can be fatal. You have to protect yourself by thoroughly understanding how to brine, smoke, and cure bacon.

This article is a great introduction to the different homemade bacon options available. However, you’ll need a more in-depth guide to start making bacon at home.

Pancetta is one of the most accessible types of bacon to make. If you want to make your own pancetta, you’ll need a cut of pork belly. You can use a whole pork belly if you’re making a lot.

There are a lot of different ways to season pancetta. We suggest using anise, mustard seeds, pepper, fennel seeds, and any other flavors you like.

Use a spice grinder to grind up all of your spices. If you don’t have a spice grinder, you can use a coffee grinder instead. Then prepare your aluminum pan with a large sheet of parchment paper.

On top of the parchment paper, place the right amount of curing salt. Now you can lay your pork belly on top of the salt. Place the pork belly fat side up. Sprinkle on all of the spices.

Rub the spices into the fat of the pork belly. Add another generous serving of curing salt to the top of the belly. Then place another piece of parchment paper on top.

Put the meat in your walk-in for about 7 to 10 days. Rinse the meat off thoroughly and begin squaring off the pork belly. After prepping the meat to cure again, you’ll need to wait for another 2 to 4 weeks.

Pork belly bacon is one of the most popular options around. Around the world, chefs consider belly bacon the most superior cut of meat.

With pork belly bacon, you don’t get a lot of meat. Instead, you get all of the flavor and all of the fat! The thick, juicy layers of fat wrap perfectly around the meat.

Once the meat is fully cooked, it becomes tender, like a pork loin. You’ll be able to enjoy savory fat that’s exploding with flavor.

For a healthier alternative, you can check out the turkey bacon page too. If store-bought pork belly bacon isn’t entirely cutting it, give homemade bacon a try.

To make your own belly bacon, you’ll need a cut of skinless pork belly. When choosing the pork belly, try to cut with as much meat as possible.

If your pork belly comes with skin, no worries, just remove it. Set the skin aside and make tasty chicharrones with it later.

Use coarse kosher salt and brown sugar, begin to make a brine. You’ll need to use 50% sugar and 50% salt.

To make the sweet brine add in a little bit of maple syrup. If you want to add an Asian twist, consider adding ponzu sauce.

Ponzu sauce is a citrus dressing sauce and pairs well with almost anything. Then add in some curing pink salt. However, you won’t need to use pink salt if you plan on eating the bacon right away.

Cover the bacon with the well-mixed brine in a plastic bag. Let the bacon and brine sit together for 5 to 7 days, and then smoke it!

Breakaway from traditional belly bacon with jowl bacon. Jowl bacon comes from the cheeks of the hog (yummy). It’s fantastic because it has some of the best fat texture for any type of bacon.

Jowl bacon is also less expensive than pork belly, so you’ll save a few dollars. When you fry jowl bacon the fat melts in your mouth the second you start to eat it.

Jowl bacon is so tasty that you could quickly eat half a pound of it without even noticing! It is delightful. You can consider jaw bacon to be the bacon of bacon; it’s a must-try.

Did you want to make your own jowl smoked bacon? It’s an exact process. You have to pay close attention to all ingredients throughout the smoking process.

Any mistakes can mean that the meat becomes unsafe. Remember what we said earlier about botulism? You have to be very careful.

However, as long as you’re willing to take the time to make it right, smoked jowl bacon is worth the effort. What type of ingredients will you need?

Obviously, you’ll need to start out with a piece of pork jowl. We suggest starting out with about 3 lb.

Have everything ready to go before you start mixing ingredients together. That way you don’t miss any vital steps!

Melt in Your Mouth Types of Bacon

Now you know about some of the best types of bacon around. Decide which cut of bacon from this article will satisfy your cravings. Then go out to the store and begin gathering the necessary ingredients.

Be sure to pull up a particular recipe so that you don’t miss any steps for making your preferred cut of bacon. Before you know it, you’ll be sharing melt in your mouth meat with all of your friends and family! For more ways to make life happier, check out another one of our articles.

5 Best Dinner Wines You Should Always Have on Hand

How to Buy Wild Salmon at the Store 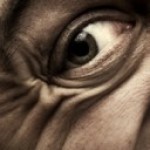 What Are the Best Meats for Grilling?

Everyone knows that one dad who's absolutely obsessed with his grill. Always ready for the spring and summer to arrive so he can show off
read more

Knowing if Instant Coffee is Good or Bad for You

With the Super Bowl Approaching, What are Some Traditional American Dishes That Feature Cheese Sauce?

Spice Up Your Dishes With All Natural Healthy Pasta Sauce